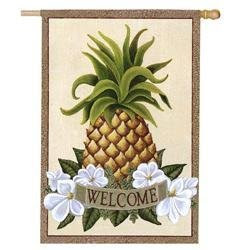 I don't know if I've mentioned the pineapple and what it means. Being in real estate I love everything to do with homes and the history of New England homes in particular. Did you know the pineapple is the symbol of "hospitality" In the "olden-days" the 16th century it was the "pyne fruit" from the Caribbean. Our sea captains brought the pyne fruit over thinking it could be harvested here in Virginia. Well, later the pineapple became a symbol of hospitality amongst the colonial settlers. When sea captains returned from their over seas voyages they would cut a pineapple in half and hang it on their gates to show that he was home and that all were welcomed to come in to visit. Most likely he discussed his voyage across the ocean to far off lands with buying exotic wares and spices to bring back to the New land, New England, and it's sister coast land up the Eastern Coast.

Now folks put decorative pineapples on their front doors. Do they know it has a meaning for their precious home? It's a warm feeling that I get when I see the pineapple adorning someones door, kind of like the red door or the white picket fence. So that is why I like the pineapple symbol on my site, it says come on and sit with your favorite hot, or cold beverage and read my blog and look at my site. Until again, blessings to you , Karen
Posted by Karen 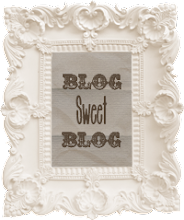 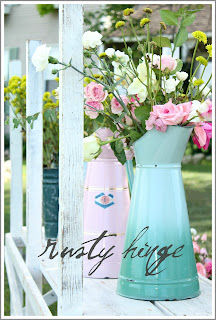